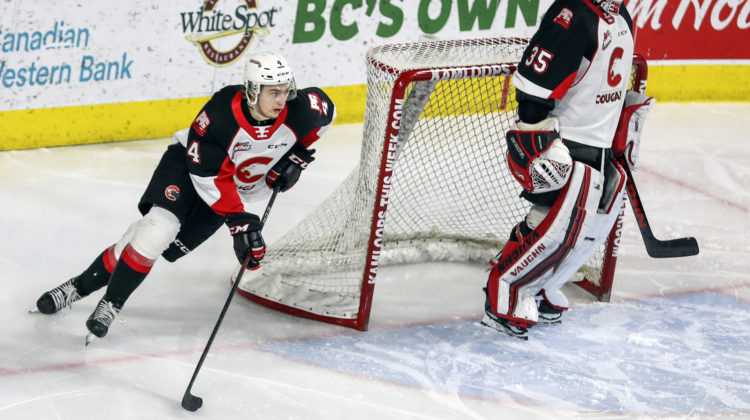 Defenseman Ethan Samson of the Prince George Cougars is now property of the Philadelphia Flyers.

Samson, who turns 18 next month, was selected by the Flyers in round six of the NHL draft today (Saturday), 174th overall.

Here’s what @EthanSamson77 is bringing to the Orange & Black. 💪 pic.twitter.com/QAAqST16cT

After being selected by the Flyers with the 174th overall pick in the 2021 #NHLDraft, defenseman @EthanSamson77 meets with the media. https://t.co/ZCCadIiDRu

Samson, from Delta, was the only Cougar selected in the draft.