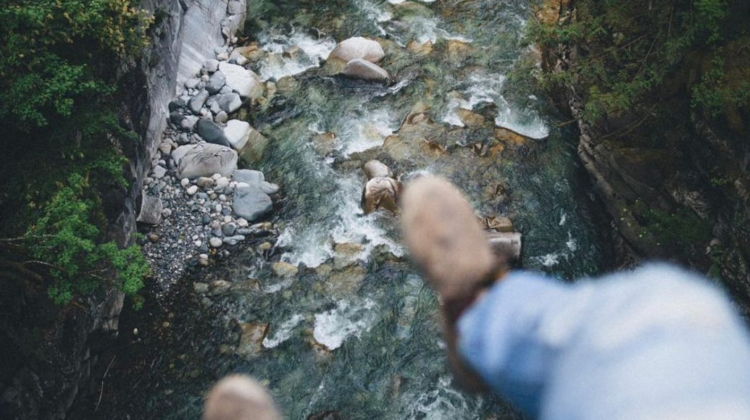 (Photo supplied by BC Hydro)

Securing that killer selfie or video for some social media glory comes at a cost according to BC Hydro.

According to its latest survey, 16% of British Columbians have stood at the edge of a cliff, while 12% knowingly disobeyed safety signage or trespassing.

“We have seen over a five-year period a 200% increase in trespassing incidents over the last five years and about 2% or 80-thousand British Columbians admit to hurting themselves while trying to get a photo or a video.”

Cuts, falling, and spraining ankles are among the most common injuries followed by near-drownings and broken bones.

Those living in the north experience injuries the most at a rate of 4% while taking a photo or video while people in our region were most likely (19%) to trespass or ignore warning signs.

However, the risks do not stop at selfies.

British Columbians also admit to staying in a park or recreation site after permitted hours (25%), getting too close to a wild animal (17%), cliff diving (15%), hiking in a or restricted area (13%), and swimming out of bounds or in a restricted area (12%).

Selfie-related deaths and injuries are on the rise globally.

Between 2011 and 2017, 259 people were reported killed worldwide in these types of incidents.

A link to the full report can be found here.