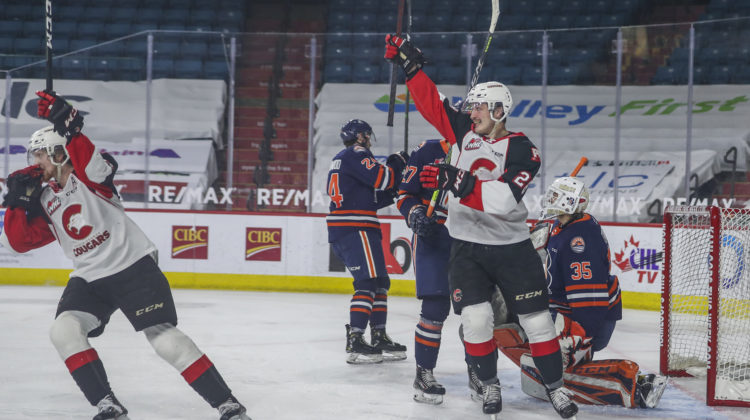 The WHL has announced a series of changes to its 2021-22 WHL Western Conference Regular Season Schedule.

Due to ongoing border restrictions preventing non-essential bus travel from Canada to the U.S., teams in the B.C. and U.S. Divisions will compete exclusively against their own division during the month of October.

The Prince George Cougars first 16 games will be against B.C. Division opponents, including one stretch of six straight against the Victoria Royals.

The Cougars will not face a team from the U.S. Division until they host the Tri-City Americans on November 19th.

Prince George will open at home on October 2nd against the Kamloops Blazers.

Meanwhile, there has been a change to the Cougars pre-season schedule which can be found here.

The WHL has announced a series of changes to the 2021-22 Western Conference Regular Season Schedule.