Cougars start their preseason with a loss in Kamloops 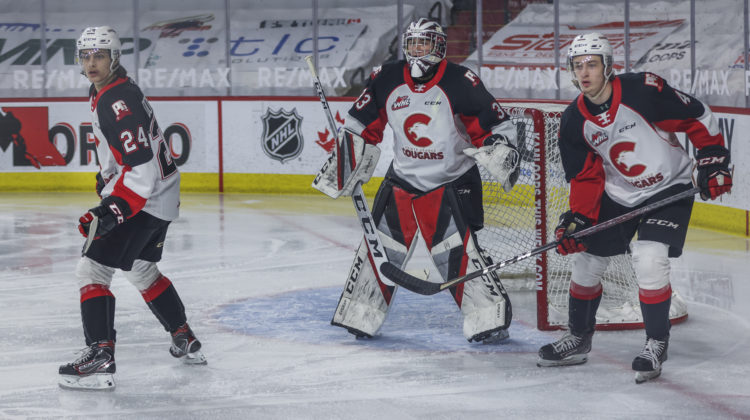 (File Photo of the Cougars in action in Kamloops. Photo credit Allen Douglas)

The Kamloops Blazers broke a 2-2 tie early in the third with goals 18-seconds apart and they went 0n to a 5-3 preseason victory over the Prince George Cougars at the Sandman Centre Friday in Kamloops.

Ty Young started in net for P.G. and turned aside 22 of 23 shots in 30-minutes of work. Tyler Brennan surrendered four goals on 22 shots.