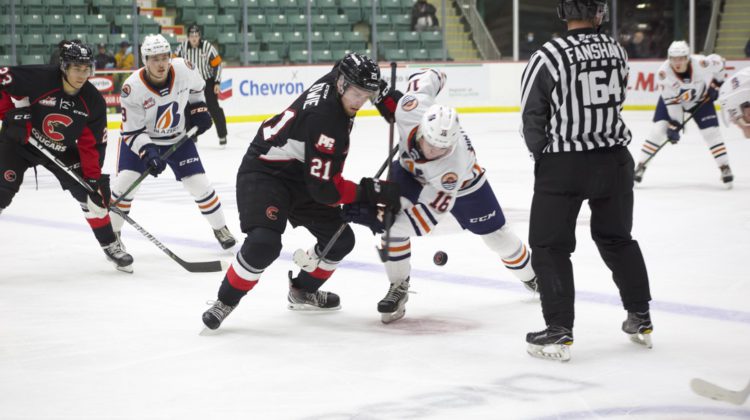 Riley Heidt scored the only goal of the shootout to give the Prince George Cougars a 7-6 preseason victory over the Kamloops Blazers before 962 fans Saturday night at CN Centre.

The 16-year-old Heidt and 20-year-old Jonny Hooker each notched a goal and an assist for the Cougars, who lost their preseason opener 5-3 to the Blazers Friday in Kamloops.

Matthew Seminoff recorded a hat-trick in a losing cause for Kamloops. Josh Pillar, Nick McCarry, and Fraser Minten also tallied for the Blazers with the Minten goal coming with 30 seconds left in the third period.

Check out the highlights of our 7-6 shootout win over @blazerhockey last night.

The Cougars play two more preseason games, Friday in Maple Ridge against the Vancouver Giants and Saturday in Victoria against the Royals.

The regular season for the Cougars will begin on October 2nd when they host the Blazers.