The Giants count on Mount to knock off the Cougars 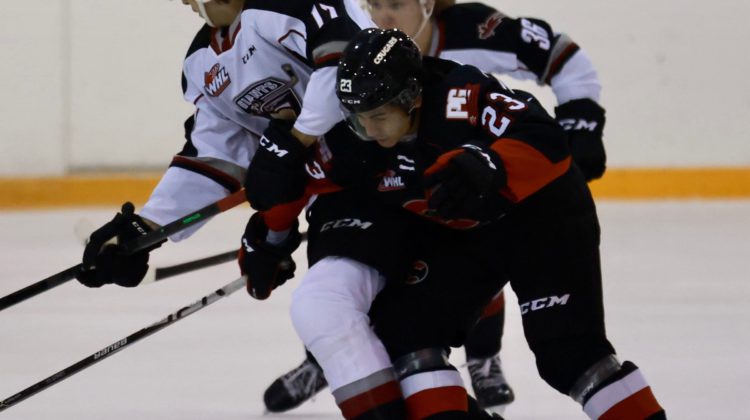 The two teams combined for 14 power-plays and the game also featured a line brawl late in the third period.

Riley Heidt scored the Cougars’ lone goal, on a five-on-three power-play, early in the second period.

His first two came on the power-play in the first three-minutes of the first period.

His third was into an empty net in the final minute of regulation.

Taylor Gauthier kicked out 26 of 28 shots in his pre-season debut for the Cougars, who are 1-2 in three exhibition games.

The Cougars conclude their 2021 pre-season schedule tonight (Saturday) in Victoria against the Royals before starting the regular season at home on Saturday, October 2nd against the Kamloops Blazers.