Cougars allow eight to sit 0-3 out of gate 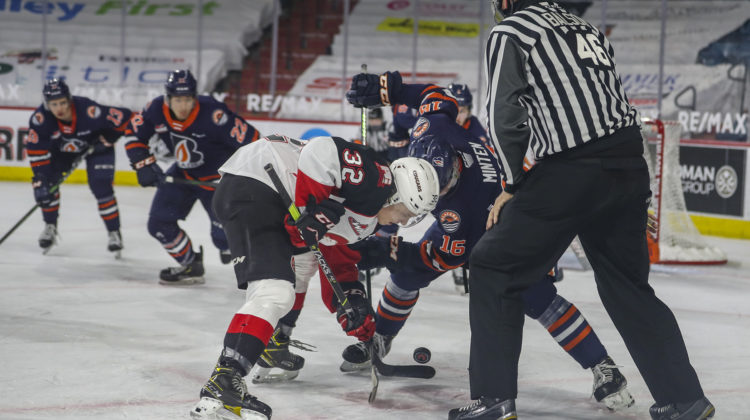 It has been a struggle for the Prince George Cougars keeping the puck out of their net in their first three games of the 2021-22 WHL season.

The Cougars lost 8-3 Saturday night to the Blazers in the Kamloops home opener before 2,957 fans at Sandman Centre.

This followed the Cougars 6-4 loss to Vancouver in the Giants home opener Friday in Langley.

Prince George is off to an 0-3 start, surrendering a WHL Western Conference high 19 goals while scoring 11.

The Blazers jumped out to a 5-0 lead by the midway point of the game and coasted from there.

Tyler Brennan gave up five goals on 25 shots before he was replaced by Ty Young at 8:38 of the second period.

The three P.G. goals all came on the power-play from Captain Jonny Hooker, Ethan Samson and Craig Armstrong.

🎥 HIGHLIGHT OF THE NIGHT 🎥@DallasStars prospect Logan Stankoven turns on the afterburners to ignite @blazerhockey on Saturday. #WHLOpeningWeek | #WHLHoN pic.twitter.com/Gb6YyQPQNP

Prince George will play its next six games against Victoria.