Spruce Kings add a Fox from the Bucks 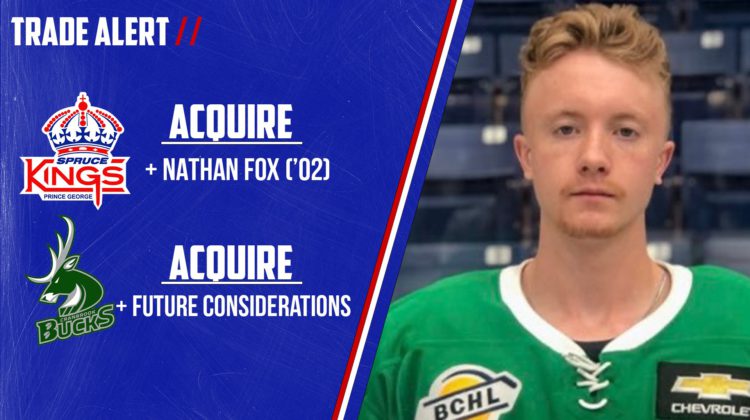 The Prince George Spruce Kings are hoping the latest acquisition is as sly as a Fox.

“I’m super excited to join the Spruce Kings and to be coming to the City of Prince George”, said Fox.

“I was initially very excited about the news and the opportunity that Prince George has provided and I can’t wait to get started!”

The Okotoks Alberta product appeared in 15 games for the Bucks in the 2021 Penticton Pod.