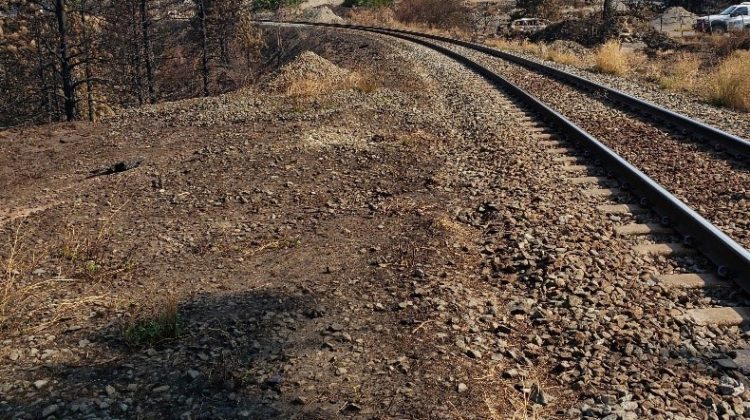 A massive wildfire that destroyed an entire BC village this summer was not started by a train.

That’s according to investigators with the Transportation Safety Board who wrapped up its four-month investigation today (Thursday).

Lead Investigator, James Charmichel outlined some details of a meeting that occurred with the BC Wildfire Service fire cause origin personnel shortly after the blaze

“He had determined where the point of origin was and we had reviewed that area. He had found some carbonous material, which we and the wildfire service had taken samples and we still didn’t see anything conclusive that the train or railway operations had started the fire.”

Charmichael also did a full inspection of the train in question on July 10th after it was secured by the BC RCMP in the Lower Mainland.

“I was looking for signs of any burnt brake heads, hot bearings, or anything that looked like it could have caused or started a fire. I inspected every wheelset and break beam and I did not see anything that jumped out at me.”

“At the end of the day, we had to conduct a lot of inspections, receive information from the railway operators and companies. We had to conduct interviews and do lab analysis on material and that takes time.”

The wildfire remains under investigation by the BC Wildfire Service and RCMP.