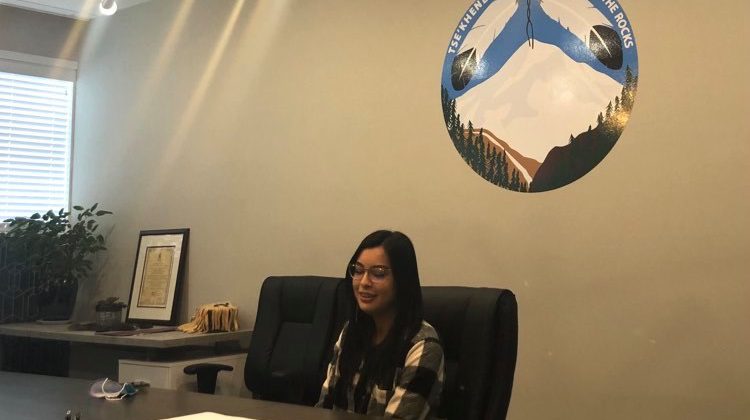 The Mcleod Lake Indian Band has written to Premier John Horgan to demand the Cow-Calf Moose planned to take place on parts of Mcleod Lake territory this fall be halted.

Initially, the province was going to allot 100 tags to hunt 100 cow and calf moose, however, that number has since been reduced to 60 tags since the Band reached out.

Part of the hunt is supposed to take place near the Parsnip River area, which is Mcleod Lake territory.

This hunt is planned as an attempt to aid the ever-declining Woodland Caribou population by reducing the food source for Wolves, an animal that is a common predator of Caribou.

However, MLIB Deputy Chief Jayde Chingee says the hunt is simply a “trial run”, and she wants the province to focus on a more sustainable, long-term solution.

“Our Indigenous knowledge, our traditional knowledge, and the way we have been hunting for our time in the memorial are saying that that’s not correct, it’s not going to help,” she said.

Chingee says instead of decreasing the Moose population, the province needs to hold a wolf cull similar to the efforts made last year when 237 wolves were lethally removed to support the recovery of 13 Caribou herds, the province.

According to the “Understanding Caribou Declines in British Columbia” report by the province, wolf predation is the most significant contributor to Caribou mortality in BC, and prior to wolf reduction strategies in the South Peace area, 74% of known Caribou mortalities were caused by wolf predation (2002-15).

Additionally, the report says across Boreal herds in Northeastern BC, 72% of mortalities were caused by wolf predation from 2013 to 2015.

While Chingee recognizes that wolf predation is one of the important issues the province needs to focus on, she believes additional measures need to be taken as well.

“We ask the province to continue with that and to look towards more meaningful measures that are going to help in Caribou recovery like habitat restoration and enhancement, we still don’t understand the impact of Glyphosate on Caribou forage so I think that we need to gather some more knowledge before trialing and testing on cow and calf moose,” she stated.

She says learning about the impact that Glyphosate has on forage is also important to other Ungulate species that feed off the plant species that are commonly sprayed.

The BC Government website also notes that habitat restoration and protection and changes to industry practices are some long-term solutions to aiding the Caribou population.

Recently, the province released a survey to the public asking for input on Caribou predator reduction strategies,  that will be available until November 15.

Chingee says she chuckled to herself when she saw the survey because she thought it was ridiculous that they were asking the public for such advice.

“I think they should rely on more science-based facts and proper consultants and specialists in biology and animal biology. And turn to Indigenous knowledge, I mean they’re turning to the public when they have 600 Indigenous communities across Canada, about 203 in BC knowledge holders, knowledge keepers, we’ve been stewards of the land for our time in memorial, come to our communities and seek our advice, don’t go to the public.”

Additionally, Chingee says that turning to Indigenous people when it comes to land issues is more important than ever, given that Canada is in an era of reconciliation.

“We are supposed to be in the era of reconciliation and better understanding the truth about rights and title ownership by indigenous nations and working cooperatively and collaboratively for the benefit of all British Columbians. Yet here we are with another ‘government knows best’ decision that was made without our consent. Those days are done, and we have asked the Premier to halt this experiment and instead, allow everyone to meet and determine a more sustainable, longer-term solution to aid caribou recovery in our territory.”