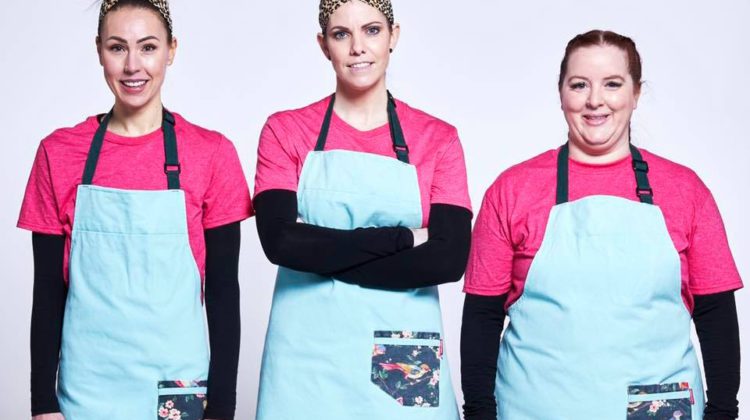 A trio of local bakers are participating in the Food Network’s The Big Bake Holiday competition.

Each episode, three professional teams square off to win $10,000 and have five hours to design, bake and decorate a grand-scale cake creation based on a chosen theme.

Jenn Goldie, Owner and Operator of Fabulous Cakes by Jenn was the team lead and entered the competition with Heather Nelson of Cakewalk Desserts and Katie Stymiest of CAKED by Katie.

“Our theme for the show was Reindeer Games, so I’ll let you use your imagination there, I’m not going to ruin any surprises. It will air Monday, November 8th at 5 pm PST, we’re very excited for everyone to see us in action and cross your fingers and wish us good luck!” stated Goldie.

She adds it was an amazing opportunity for her business, and put the spotlight on the Prince George cake decorating industry.

“To be representing Prince George, which is a smaller community compared to the other team locations, it was an absolute honour. I’ve always had such amazing support from this community and I was absolutely honoured to represent it.”

The Food Network reached out to Goldie to participate in the show alongside two assistants of her choosing.

Goldie knew right away that she wanted to choose Nelson and Stymiest, especially since she and Nelson have known each other since their High School days.

“Bringing Katie and Heather on as my assistants was honestly the best call,” she added,” even though we’re all technically competitors, me Heather and Katie, it was never actually like that. We were always like ‘hey can you take this order for me? do you have this? Can I borrow this?’ We’re all just very supportive of each other so we never really had that real rivalry,” she stated.

She says the team worked well together especially because Stymiest’s specialty is working with buttercream, and Nelson works best with Fondant, while Goldie worked well in her leadership role.