Two Cougars get the call from Hockey Canada 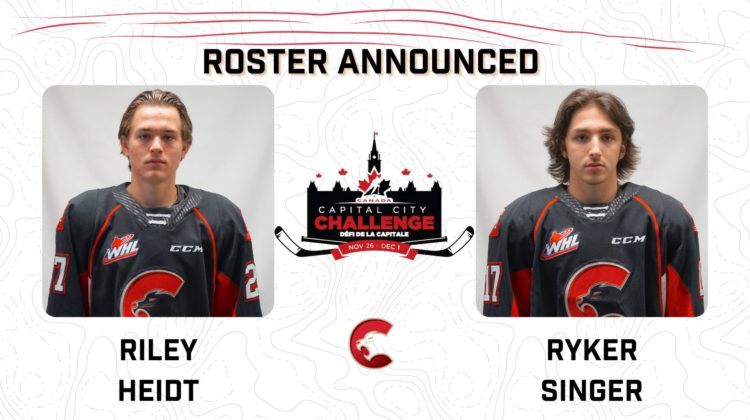 It is a four-team tournament featuring three men’s Under-17 teams and Canada’s National Women’s Team.

It runs from November 26th to December 1st in Ottawa, Ontario.

Sixty-six players were named to the roster, which will be divided into three teams- Team Canada Black, Red, and White.

All three teams will compete against Canada’s National Women’s Team as part of its schedule.

Heidt currently leads the Cougars in scoring with 11 points.

In addition, Singer has collected three points (1g-2a) in his first seven games.

The full schedule can be found here.