Provincial deficit projected to be close to $2 billion 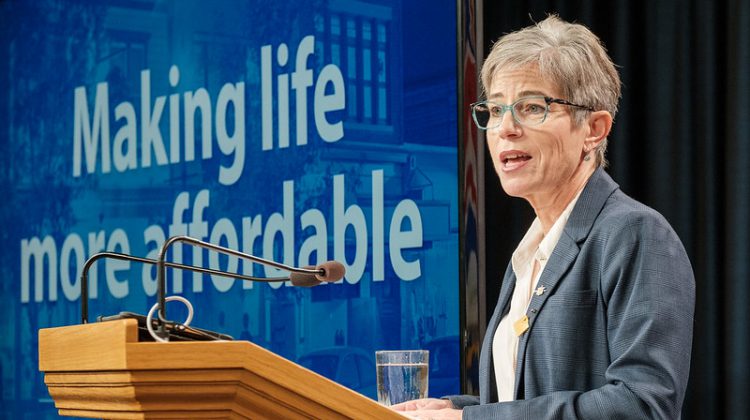 According to the government, B.C.’s deficit is projected at $1.7 billion.

This has culminated in the second quarterly results showing a reduction in the deficit.

It was originally estimated to be $9.7-billion in last year’s budget.

“͞By putting people first while being nimble and responsive to the challenges the pandemic has introduced, we͛re continuing to see positive effects in our financial outlook and our economy, ” said Selina Robinson, Minister of Finance in a statement.

“That approach has helped to support people and businesses through the challenges we have seen so far while putting us in a good place to be able to continue to provide the supports needed by those affected by the recent disaster.”

In addition, higher inflation increased strain on supply chains and other associated pandemic impacts, which could be worsened by the recent flooding, which will also continue to affect economic recovery.

“͞The future remains uncertain, and we will continue to do what is needed to support people through the challenges we face as a province, whether that is the continued effects of a global pandemic or the response and recovery from the recent extreme weather,” stated Robinson.

Although private-sector forecasters have lowered real gross domestic product (GDP) projections for all Canadian provinces since August, B.C. is still expected to be among the leaders for economic growth for 2021 and 2022.

The 2022 BC Budget is expected to be unveiled on February 22nd.

Quick Facts from the government: