“The next nine or ten days could be challenging,”: Province warns of more wet weather ahead 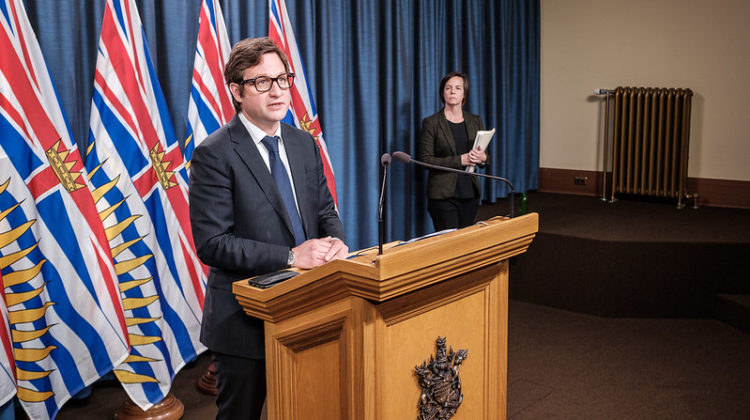 More bad weather is on the way for the flood-stricken southwest part of BC.

Environment Canada says two more “atmospheric rivers” are set to arrive in the region this week and while rainfall totals may not eclipse last week, it could mean more flooding and landslides.

Minister of Public Safety Mike Farnworth told the media they are prepared for whatever Mother Nature throws at them.

“More than four million sandbags are ready to be deployed with nearly 200-thousand deployed so far – 45-thousand at the Barrowtown Pump alone. Through tireless effort, rail service is gradually being repaired with CP reporting that shipments will be resuming today while CN is working on the same for tomorrow.”

“The next nine or ten days could be quite challenging. Environment and Climate Change Canada has warned us about a series of storms and we all need to pay close attention to the experts as the forecasts for these will be more accurate the closer we get to those events.”

The first weather event is due on Thursday, while the second one is slated for Saturday afternoon.

On a more positive note, Merritt residents are starting to make their way back home after being displaced due to the major flooding and landslide events a week ago.

This will happen in a three-phased approach, with the first one seeing 15-hundred people returning today (Tuesday).

However, Farnworth had this to say if another community does face the threat of evacuation

“This is encouraging news. As a reminder, when evacuated please do not attempt to return home unless your local government says that it is safe to.”

“This highway is closed approximately 20 kilometres from Merritt through to Spence’s Bridge as a result of significant damage from the storm event. Eighteen segments of that highway sustained substantial damage. Four bridges are either gone or damaged.”

Fleming added the essential travel order is being extended along Highway 7 to include Agassiz and Mission. Public transit and school buses will be included for essential travel.

In addition, the Red Cross will provide 2-thousand dollars per household for those evacuated due to slides and flooding.