PG’s downtown pool name will be bid on by corporations 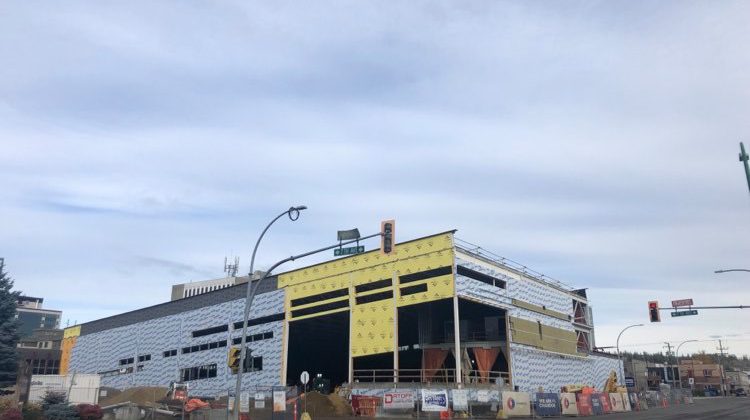 Downtown pool from the corner of 7th Ave and Dominion St (Photo by MyPGNow.com staff)

The City of Prince George is looking to name the aquatic centre slated for the downtown area, and city council discussed how to go about naming it on Monday’s (Nov.22) City Council meeting.

City Manager Walter Babicz gave two options to council: either set up a Request for Proposal, allowing businesses to bid on the naming rights, and bring in extra funds to the city, or to set out for public engagement and find a name that would maybe have some significance in the community.

The City voted on the first option, with many councillors seeing the benefits.

Councillor Frank Everitt was in favour of the first option, and was glad to see that the council would get to choose who could bid on the project.

“I appreciate the remarks that you made in the final part of it, where you said not necessarily we would accept anybody that came forward, we would have some discussion about it here as council with those who did apply for the proposal,” said Everitt.

Councillor Brian Skakun said there were many companies that would be willing to throw their hat in the ring.

“I think there’s value in putting out a request for proposal, seeing what kind of interest is there. We have some large corporations, there’s Tidewater, Telus, a number of other ones that I think would gladly put their stamp on if the price was right.”

Babicz mentioned that if this Request for Proposal is successful, that other facilities could be on the table for new names.

“If we’re successful in our efforts to track the proponent for the naming of the new downtown aquatic facility. If that is successful, as I say, then an option is for administration to bring forward a report in the future to perform the same process on our other facilities, including potentially the Prince George Aquatic Centre.”

City staff will put together a Request for Proposal and bring back an update to Council in about 90 days.