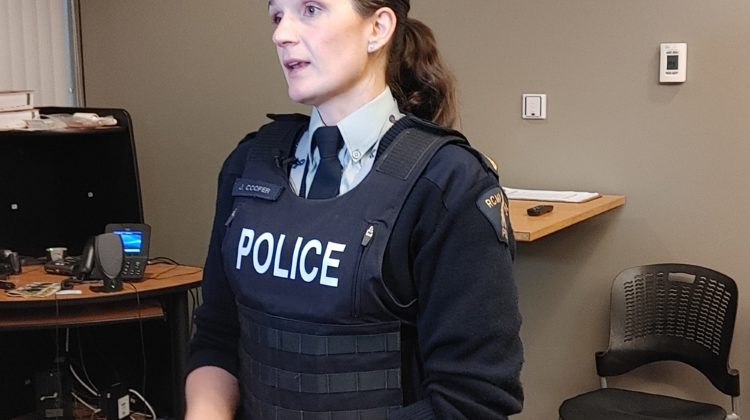 At 9:30 a.m. on Friday (November 19th), police responded to an incident involving a firearm at a business on the 900 block of Central Street West.

Witnesses stated the suspect had driven away in a grey sedan.

The Street Crew Unit located the vehicle a short time later at a residence on the 3000 block of Charella Drive.

Police made contact with those inside and exited the home.

One person was arrested in connection with the earlier robbery and released him on an Undertaking with a future court date, pending further investigation.

Police then arrested a 29-year-old local resident Trevor Alexis who had an outstanding warrant.

Investigators also found him breaching several of his court-imposed conditions.

Alexis will remain in custody until his next court appearance. Both suspects are known to the RCMP. This is the second time police have attended this residence since October.

“With Frontline police and the Street Crew Unit working together on this file, a suspect was identified and arrested within six hours of the initial report of the robbery, and a second offender was arrested on an outstanding warrant of arrest. This is just another example of the dedication that police in Prince George have to keeping their community safe,” said Cpl. Jennifer Cooper.