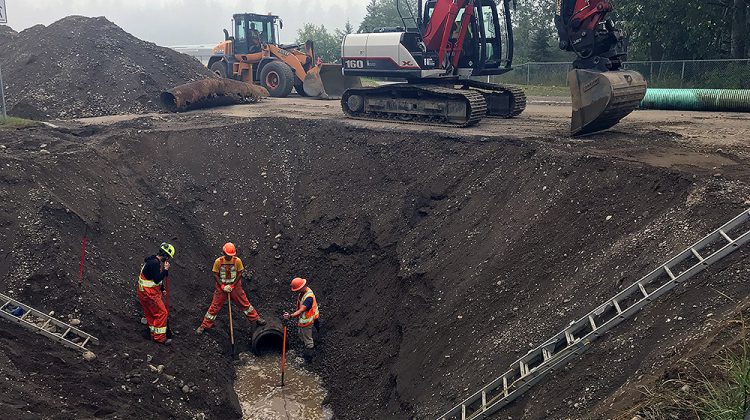 The City of Prince George put together a campaign to educate residents on their upcoming Stormwater Management Plan, and to explain why it’s such a costly project.

A presentation was given at this week’s City Council meeting, and an outline showed how much stormwater infrastructure Prince George has.

Results from the City’s survey, which launched on September 22nd, and ran for two weeks, had 116 people participate.

Over 78% of the participants said they have lived in Prince George for over 15 years:

Most of the respondents experienced things in the city like driving through large puddles, observed sinkholes, and saw drains backing up.

Councillor Murry Krause said this discussion was especially topical given the recent flooding in BC.

“Maybe not on the same scale, but we certainly are not immune to having major scale flooding, especially with what’s happening with the climate.”

Councillor Terri McConnachie said the plan, which could potentially raise taxes by 4% is much more financially beneficial than waiting for something bad to happen.

“Proactive investment is going to be cheaper in the long run than reactive, the cost that it’s going to cost to be reactive.”

Phase 2 of the project, where the City starts a discussion on how this project will be funded is slated for 2023 or 2024.