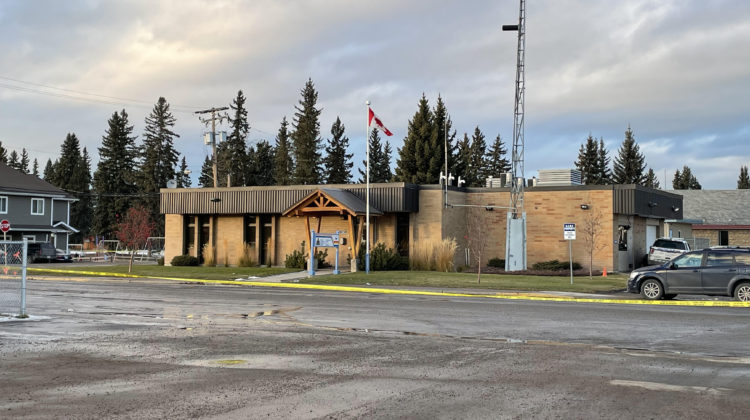 The BC Prosecution Service has revealed the identity of yesterday’s (Thursday) shooter in Vanderhoof.

Paul Nicholas Russell has been charged with one count of attempted murder with a firearm following an incident at the RCMP detachment.

He is scheduled to be in court today (Friday) in Williams Lake.

In addition, the RCMP continue to investigate the incident and is looking for the public’s help.

“Certainly, anyone with information or some dashcam footage, video or anything, in general, they are urged to contact the Vanderhoof RCMP.”

“We are very grateful to the public that called in and provided information in real time and was instrumental in the police locating and successfully arresting the suspect without any further incident.”

Police believe this was a targeted attack on the RCMP and do not believe there is any threat to the community.

“Perhaps the people in Vanderhoof may not have seen or witnessed anything like this in the past and when it does happen it can be very scary for anyone in the area,” added Saunderson.

While Vanderhoof Detachment remains closed to the public, there will be no disruption to calls for service.

Investigators are aware that there are numerous videos of the incident and are asking anyone with dashcam or cell phone video of the shooting, or the events following it, to share it with police.

Yesterday was nothing less than the most horrendous occurrence that can happen for police officers, our support staff, and our community. For reasons that may become clearer in the following days through the ongoing investigation, an individual opened fire on our police detachment where well over a dozen employees were working. I am told that bullets from a rifle smashed through exterior windows striking walls, equipment, and flying past work stations where police officers and office staff sat. Terrible accounts where our employees were deafened by gun fire, could smell burning gun powder, and threw themselves on the ground to avoid being shot,” said Chief Superintendent Warren Brown. BC RCMP North District Officer.

An incident like this is really something that happens rarely and regardless of how well we are trained, with the serious level of threat and fluid mayhem, it is remarkable to believe no one was hurt and the suspect was arrested safely. Really the best possible outcome.