Spruce Kings make second deal in as many days 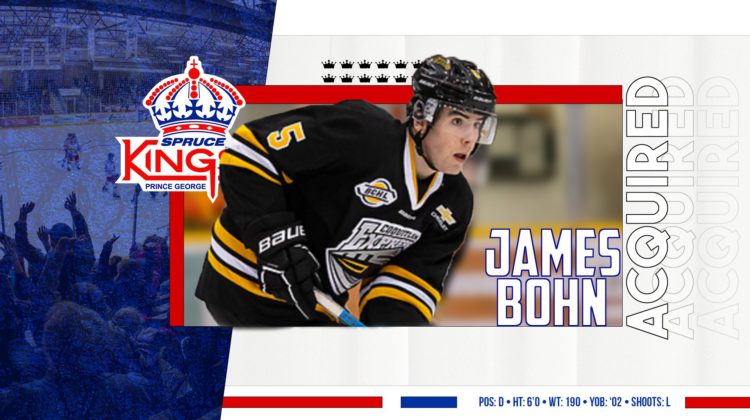 More pieces to the puzzle continue to be added by the Prince George Spruce Kings.

The BCHL club acquired defenceman James Bohn and future considerations from the Surrey Eagles as part of a three-team trade that included the
Coquitlam Express.

In return, the Eagles will receive fellow blueliner Brody Gagno.

Bohn is in his third BCHL season.

He has two goals and five assists in 17 games played with the Express this season.

In his BCHL tenure, Bohn has suited up in 87 BCHL games, and has 22 points in those contests.

“James is a great character kid who plays the game hard and the right way. He will be a good
defender for us while also being able to contribute offensively. We’re excited to add him to our
back end.” – GM Mike Hawes

PG welcomes the Penticton Vees tomorrow night (Wednesday) at 7pm from the RMCA.