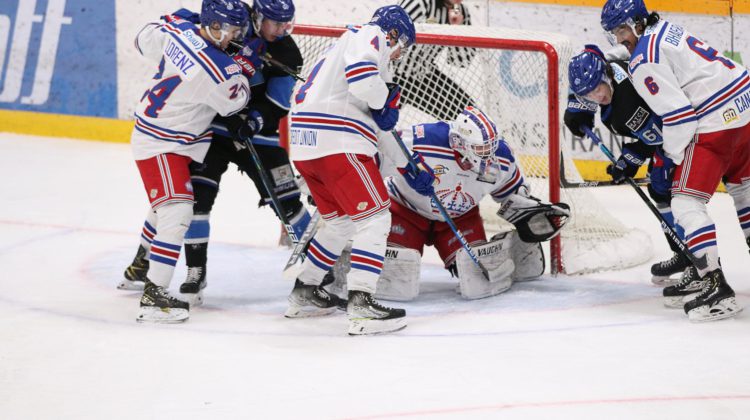 They say revenge is a dish best served cold.

In the case of the Penticton Vees, they mastered that plan to perfection against the Prince George Spruce Kings on Wednesday night, a month after dropping a 7-1 decision during their first trip to the northern capital.

After falling behind 1-0 after the opening 20 minutes, the BCHL leading Vees notched five unanswered goals in the final two periods, capping off a 5-1 victory in front of 606 fans at the Rolling Mix Concrete Arena.

At 4:29 of the second period the offensive attack from Penticton started to click courtesy of Josh Nadeau who notched his 14th of the season past Spruce Kings netminder Aaron Trotter to tie up the score at 1-1.

Ninety seconds later, Swiss import Setfano Bottino lifted a wrist shot underneath the glove of Trotter to put the Vees in the driver’s seat.

To add insult to injury, a defensive breakdown in the Spruce Kings zone led to an easy tap-in for overage forward Casey Macdonald extending the Penticton edge to 3-1.

In the third, an early man advantage proved to be the back-breaker for PG as Luc Wilson fired a wrist shot underneath the crossbar, ending Trotter’s night who allowed four goals on 14 shots.

Speaking of Williams, the ex-Spruce King forward finished the game with two assists.

Nathan Fox replied with the only goal for Prince George who drops to 10-7-0-0 on the season.

The game also marked the debut of James Bohn and Logan Lorenz in Spruce King colours following a pair of trades with the Vernon Vipers and Surrey Eagles.

PG is back in action on Saturday against the Salmon Arm Silverbacks (15-3-1-0).

Puck drop is at 6pm from the Shaw Centre.