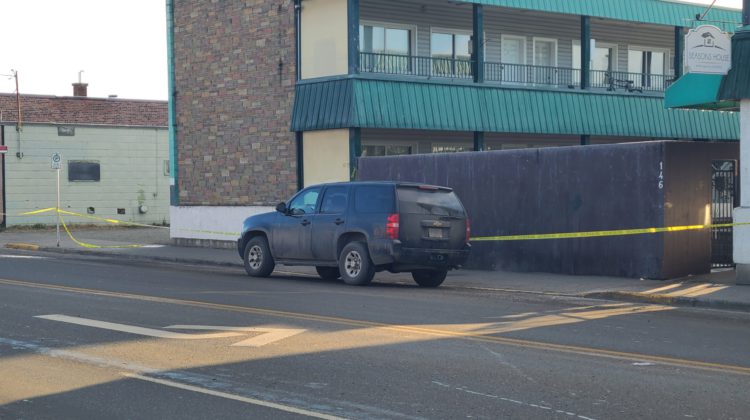 File photo of outside of Seasons House (KLedgerwood-MyCaribooNow-staff)
Quesnel RCMP are seeking the public’s help in connection with an assault outside of Seasons House last (Thursday) night.
Police say front line officers were called to the shelter in the 100 block of Carson Avenue just before 9:15 pm.
They were responding to a report that a man had come in, after he was assaulted by another person, and that the suspect had fled on foot.
Upon arrival, police say they found a 36-year-old Quesnel resident suffering from what appeared to be potentially life threatening injuries.
RCMP say he was transported by BC Ambulance to a hospital where he was initially treated, but he has since been transferred to a larger area hospital where he remains in critical condition.
“The Quesnel RCMP General Investigation Section has taken conduct of the investigation and is continuing a video and witness canvas,” states S/Sgt Darren Dodge, Quesnel RCMP Detachment Commander, “We are asking anyone who was a witness to the incident and has not already spoken to police, or has dash-cam or other video surveillance to contact the Quesnel RCMP.”
Anyone with information is urged to contact the Quesnel RCMP at 250-992-9211 and cite file 2021-10233.
Files by George Henderson, My Cariboo Now