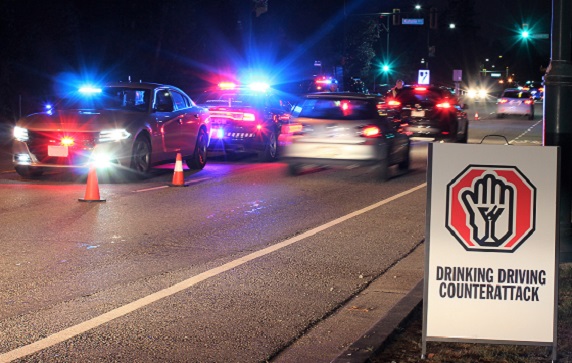 ICBC and Police will be on the lookout for impaired drivers across the province this weekend.

The two groups are kicking off their 44th annual December CounterAttack campaign, and will be setting up roadblocks across BC.

ICBC spokesperson Doug McDonald said ICBC tries to run the message all year round, but they really focus in during the summer months and around Christmas.

“With the CounterAttack, which is in it’s 44th year, it’s important to remind drivers the fact of planning ahead for a safe ride home,” McDonald said.

“If you’re going to be out enjoying festivities with friends and family, make sure you have a designated driver, make sure you have that set up before you go. Make sure the fact if you are going to be drinking, and you’ve had too many, and you don’t have a designated driver, you use a cab, you use phone a friend, phone a family member, whether it be mom or dad, whether it be your grandparents, whether it be the kids you give a call to that have got their licenses. There’s really no excuse for it.”

McDonald said ICBC has really seen a change in attitude.

“People are getting the messages, the young people in particular understand the fact it’s just not worth it, people realize the fact not only can they get themselves involved in a crash, get pulled over, lose their license, have it suspended, have their vehicle impounded, they could lose their job as well which creates a huge amount of financial pressure.”

According to ICBC, on average 14 people are killed and 190 are injured in 310 impaired driving related crashes in North Central BC each year.