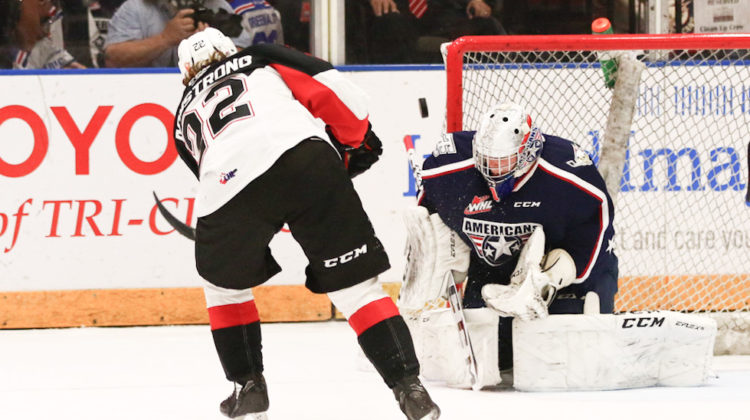 Perhaps the 4th game in five nights on the road against U.S. Division opponents took its toll on the Prince George Cougars.

At least in the middle period.

The Tri-City Americans scored all four of their goals in the second period, two of them on the power-play, in a 4-1 victory over the Cougars Saturday night in Kennewick, Washington.

The Cats got the only goal of opening period from rookie Ryker Singer.

Tomas Suchanek made 38 saves for the Americans, who were outshot 39-33.

Tyler Brennan took the loss in the Cats net with 29 saves.

Tri-City was 2/9 on the power-play while Prince George was 0/7 with the man advantage.

The Cougars power-play has slipped to last in the 22-team league, operating at just 12.5 % efficiency.

It was the 8th loss in the last 10 games for the Cougars, who went 1-3 this week against U.S. Division teams.

The Cats beat the Spokane Chiefs 4-2 on Friday night.

Prince George is 7th in the Western Conference standings, but only a point ahead of both Spokane and Victoria and three in front of last place Tri-City.