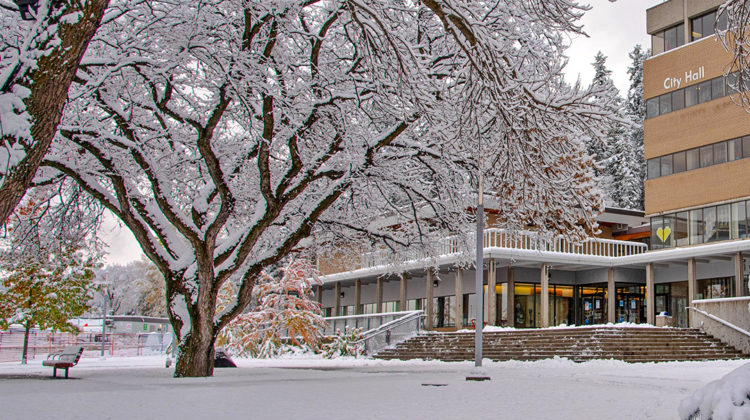 Blanket of Snow on City Hall (Photo by City of PG)

Representatives with the City of Prince George, Rolling Mix Concrete, and Rock n’ Roll Aggregate filed a consent order in BC Provincial court this week, concluding the legal action to the setback distance of a mining operation.

According to a news release, city officials have been in litigation with the property owner of the gravel pit since February.

Last year, the city became aware of trees being removed at the Gravel Pit operated by Rolling Mix Concrete, prompting concerns of potential contraventions of the Bylaw.

Currently, the Soil Removal and Deposit Bylaw provides a minimum setback distance of 100 metres for soil removal or deposit operations when they are adjacent to residential areas.

However, the gravel pit is operating under a valid mining permit issued under the Mines Act, which is the jurisdiction of the BC Government.

Upon further review, the City has concluded that it does not have jurisdiction to restrict or govern mining activities authorized by and conducted under a mining permit.

Earlier today, letters were delivered letters to properties on Rosia Road and Evergreen Mobile Home Park that back directly onto the gravel pit to notify residents of the decision.