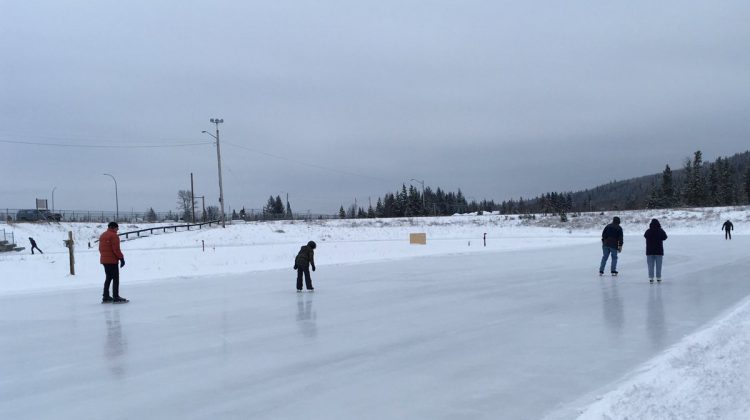 The Outdoor Ice Oval Society of Prince George gave a presentation at tonight’s (Monday) city council meeting, asking for a boost in its budget.

The Oval runs on a volunteer based operating model, and receives $15,000 from the city annually, but the society is now asking for double that.

“We have some things we would like to do, such as enhancing security at the Oval, bringing in wireless internet so that we can allow people to pay for skate rentals or for their user fees using electronic means,” said Kathy Lewis with the Oval.

Lewis said they’ve already made some enhancements, like a wheelchair ramp, a new PA system, and the skates for rental program, but adds that they’ve also had to make some major repairs.

“Our water truck engine blew up, and we had to have the lift system repaired. The zamboni auger, the vertical auger, took a little holiday down to Vancouver where it got straightened out and put back into our zamboni so it won’t rattle as much.”

The presentation from the Oval showed that they sometimes ran a deficit, using the 2019-2020 year as an example, showing their total revenue at $37,528, but the expenses reaching $42,606.

Lewis stressed that they wanted to keep the Oval accessible to residents, and not raise user fees.

She added that the extra $15,000 would go to a Equipment Replacement Fund.

Councillor Kyle Sampson put forward the motion that passed to bring this topic back during the upcoming budget review so that the consistent funds could be found to give to the Oval, and Councillor Cori Ramsay agreed.

“Because this is a continuous funding request we want to make sure that there is that revenue source from us into there. So I think it would be really good to have that conversation at budget time,” said Ramsay.

Councillor Brian Skakun said that he approved of the funds going towards the society.

“You know, I’m thinking about some of the grants we give out. We give out $300,000 a year to the Northern Sports Centre, and I would have no problem, and I’m hoping we can find the funds to double the amount we give to your group,” said Skakun.

It was also noted that the Oval has a Chilly Oval Campaign, where the society is trying to raise funds so they can refrigerate the Oval, but that is a completely separate endeavor that will cost much more money.