Bars, gyms, and indoor organized gatherings to be shut down with new restrictions 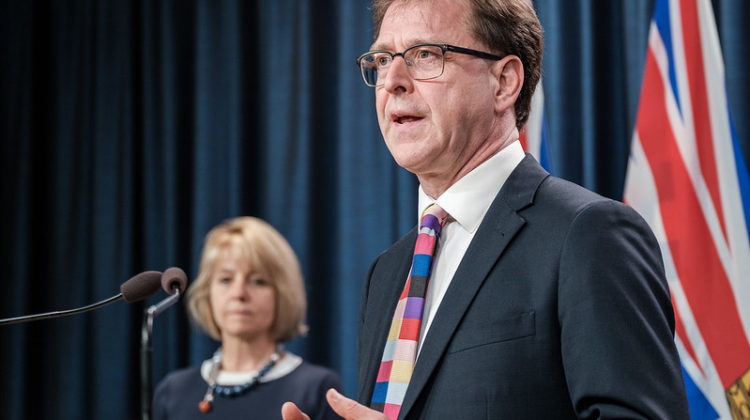 New COVID-19 restrictions have been announced by BC health officials that will be in place starting at midnight tomorrow (Dec.22).

The restrictions will run until January 18th, and include:

The province said the Omicron variant is proving to be more transmissible than the Delta variant, the severity of the illness could significantly impact hospitals, and the virus is reinfecting people who previously had the virus and infecting those who are fully vaccinated.

It’s noted that the province is also seeing a spike in cases for those aged 18-35.

Dr Bonnie Henry said that the BC healthcare system is in a weakened position.

“I don’t need to say how fragile and how stretched our healthcare system is.”

“Yes, it’s discouraging, yes, we need a break, yes, people are leaving the healthcare professions because it is so challenging. And when we have things like people protesting at hospitals and protesting at vaccination clinics and threatening healthcare workers, those are the things that are making it even more challenging,” added Henry.

“Ya, we’re tired. But we’re going to be there, and we need everybody to support us in getting through this next wave too.”

Rapid testing in BC is also being ramped up:

With this information, BC is aiming to make tests more readily available for people showing symptoms of the virus by making more locations available in communities, offer tests for students and staff in K-12, as well as post secondary education, and expanding testing for healthcare workers, long term care, and remote areas.

Henry noted that rapid tests aren’t a green light to go to events, adding that keeping gatherings this holiday season small is what will get us through this.

“The real thing is that I’m appealing to know what your risk is in your community and your family. And making sure that you keep things as small as possible.”

Henry offered some potential light at the end of the tunnel.

“I mentioned there is some limited evidence, and maybe it’s my optimism, that if we get through this, especially younger people who are vaccinated, who don’t have severe illness, and don’t end up in hospital, that we have good, strong protection.”

Minister of Health Adrian Dix ended the announcement by saying that we can all do something to prevent the spread of COVID-19.

“What we all can do, all of us can do, is to limit the risk for ourselves, and for our community, and the ones we love, is to limit personal contacts right now. This is necessary, it has to be done, and we understand that it’s very difficult.”