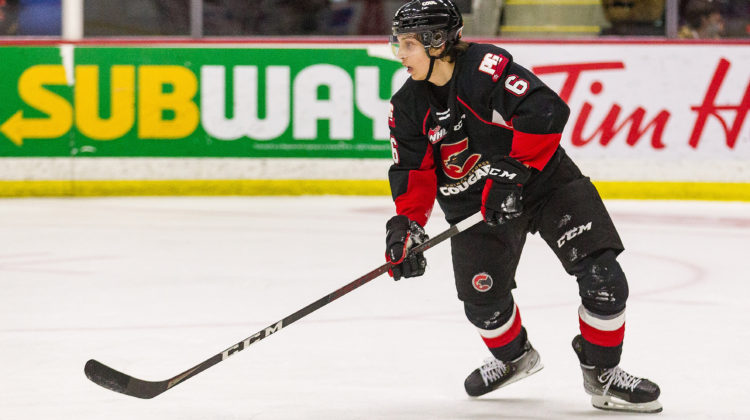 PG Cougars defenceman Viliam Kmec has been named to Slovakia’s roster for the 2022 World Junior Championship.

The 17-year-old is the third highest scoring defenceman on the Cougars’ roster with 13 points in 25 games.

The World Juniors won’t be Kmec’s first taste of international competition. He helped Slovakia win silver at the 2021 Hlinka-Gretzky Cup in August, and has played with Slovakia’s Under 16 and Under 18 programs.

This marks the second year in a row the Cougars have had representation at the World Juniors. Filip Koffer played for the Czech Republic last year.

Slovakia opens their tournament against the United States on Boxing Day.