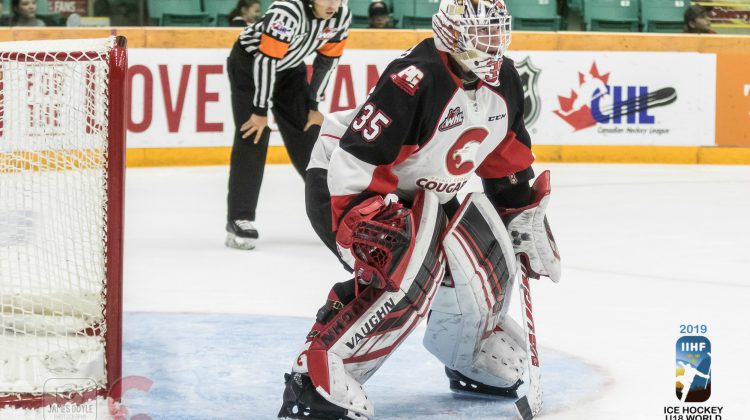 After much speculation, Taylor Gauthier is on the move.

Gauthier played in 166 career regular season games over five seasons with the Cougars. He leaves Prince George ranked third all-time in games played by a goaltender in franchise history. This season, the Calgary product has played in 14 games and owns a 7-5 record, to go along with a 2.75 goals-against average (GAA), and .923 save percentage (SV%). Over his five seasons in P.G., Gauthier had a 53-87-8-8 record, a 3.19 GAA, and .906 SV%. He also had six career shutouts.

“Taylor has been the face of this team for the last several years and it’s tough to trade a player and person of his quality,” said Cougars head coach and general manager Mark Lamb. “He loved playing here and was a fan favourite for that reason. He was a leader off the ice as he was someone his teammates looked up to. He was a pleasure to coach, and we wish him all the best in his next phase of his career with the Winterhawks.”

The end of a huge chapter in my life, thank you Prince George.
Super excited to get things going in the Rose city with the @pdxwinterhawks !! pic.twitter.com/drFSwoAA6g

Brøndberg is in his third season in the WHL and has five points (0g-5a) in 20 games to go along with 16 penalty minutes. The 6’4,” 195-pound product of Aalborg, Denmark split last season between the Winterhawks and Danish Ice Hockey League. Prior to the start of the 2020-21 WHL season, the rearguard played in 18 games with his hometown Aalborg Pirates and picked up seven points (0g-7a). He then suited up for the Winterhawks and collected six points (0g-6a) in 20 games. In his three seasons in the WHL, Brøndberg has amassed 33 points (9g-24a) in 90 career regular season games.

“Jonas is the type of player we wanted to add to our blueline,” said Lamb. “He’s an experienced, veteran leader who has great size and poise. We see him being a great complement to our young core of defencemen.”