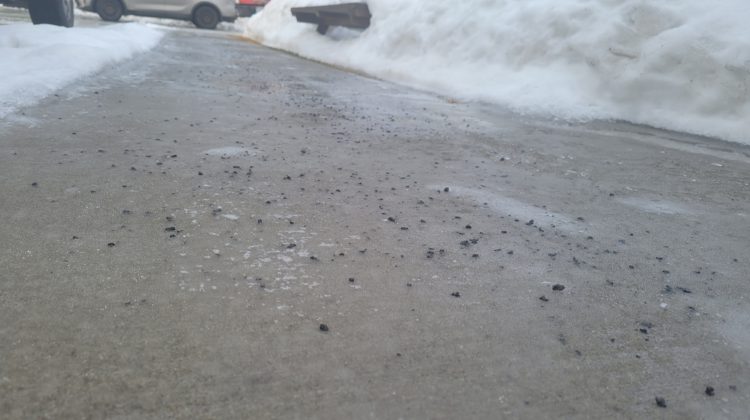 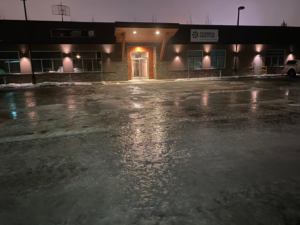 People around Prince George are slipping and sliding with the recent thaw that’s caused ice to form on the streets and sidewalks.

While the City is working to deal with this issue, they do want residents to report any areas that they think are particularly bad.

“There are over 730 km of road that crews are dealing with, as well as over 200 km of sidewalk around the city. So we really, more than ever, depend on residents to dial 311, or email us at [email protected], or even download the City PG app to report these problems and request service,” said City spokesperson Mike Kellett.

Kellett said the recent weather is creating hurdles for crews in multiple ways.

“We had the extreme cold there, and that presents all sorts of problems. But when things warm up and we see these freeze/thaw cycles, they present their own problems.” 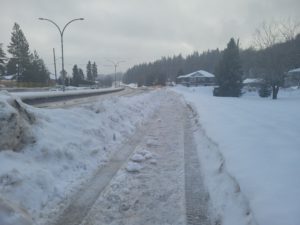 He noted that a street or a sidewalk may get a good dose of traction material and chloride to make them traversable, but melt water can end up washing away any work that was done.

“The city has three sidewalk machines, and all of them are out around the city, clearing sidewalks, and putting down chloride and traction material to bring sidewalks into a passable condition.”

Kellett said that the snow and ice control service in PG will usually clear sidewalks around people’s properties, but he explained what the actual bylaws were for snow and ice clearing.