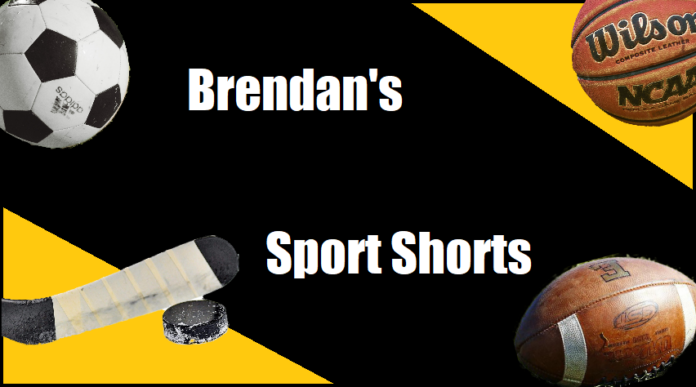 PG Cougars forward Riley Heidt and Team Canada are trying to punch their ticket to the Gold Medal Game on Saturday.

The Canadian team went 3-0 in the round-robin, outscoring the opposition by a combined score of 26-1.

The results and schedule can be found right here.

The Calgary Flames have signed newly-acquired forward Jonathan Huberdeau to an eight-year, $84 million contract extension with an average annual value of $10.5 million.

Huberdeau and defenceman Mackenzie Weegar were acquired from the Florida Panthers on July 22 as part of the return for Matthew Tkachuk.

The 29-year-old finished last season with 30 goals and NHL-best 85 assists for a career high 115 points.

“I’m excited for this new chapter and I am committed to this team. I’ll give everything I have, on and off the ice.”

HUBY IS HERE TO STAY!

The Jays are 2-1 on a 9-game road trip that continues tonight (Friday) against the Twins in Minnesota.

When you hit ’em 115.4 MPH, you’re allowed to admire it 💥 #PLAKATA pic.twitter.com/uLE7seXtXl

The MLB standings are right here.

Training camp is underway for both men’s and women’s soccer teams at UNBC.

The Timberwolves kick off the men’s soccer season August 26th at 6pm against the Trinity Western Spartans from Masich Place Stadium.

The (0-1) Prince George Kodiaks will have their BC Football Conference home opener Saturday night at 7:00 when they entertain the (0-1) Kamloops Broncos at Masich Place Stadium.

The Kodiaks lost their first-ever league game 31-5 to the Valley Huskers in Chilliwack.

The league results and standings can be found right here.

The undefeated Bombers improve to 9-0 while the Als drop to 2-6 in the East Division.

The Lions have the second-best record in the league, behind the Blue Bombers.

The CFL schedule and results are right here.

The CFL standings are right here.

The first week of the exhibition schedule kicks off August 11th.