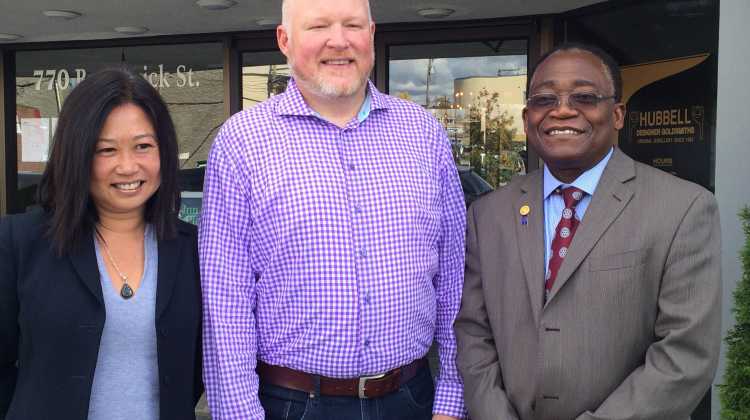 Thursday afternoon the Prince George Community Foundation announced the names of their 5 honorees for the Citizens of the Year awards.

The assortment of community members includes the Chair of the Canada Games Society as well as the former Medical Health Officer for the Northern Interior.

“The honorees who are being put up on the pedestal this year come from such a broad background of Arts & Culture, Health, Social Services” said Community Foundation President Ray Noonan.

The community members to be honored include Diane Nakamura, Anthony Everett and Dr. William Osei as well as Bill and Judy Russel.

Diane Nakamura, who has worked in Prince George as a Social Worker for 25 years, is well known for her mentorship in the aboriginal community as well as her work with high-risk youth.

Anthony Everett served as Chair of the 2015 Canada Winter Games Society which gained Prince George national attention and delivered an unforgettable experience for Citizens all while remaining under budget and leaving the city with more than $200,000 in surplus.

Despite being recognized as an individual, Everett insisted it was for the City’s achievement.

“I was part of an amazing event that happened in Prince George and it took the whole community to put that on. So the way i look at it, this is something I’m glad to accept on behalf of all of us.” said Everett.

Dr William Osei recently retired from his position as Medical Health Officer for the Northern Interior. Beyond that, Osei is an active member of the Nechako Rotary Club where he regularly organizes the clubs international aid efforts.

Judy Russell has taught dance in the community for 35 years at the Enchainement Dance Centre and her Husband Bill runs EPI Audio Visual. The duo are tireless volunteers who have contributed to countless city events and have mentored hundreds of young people.

The Citizens of the Year Gala will take place on November 16th.