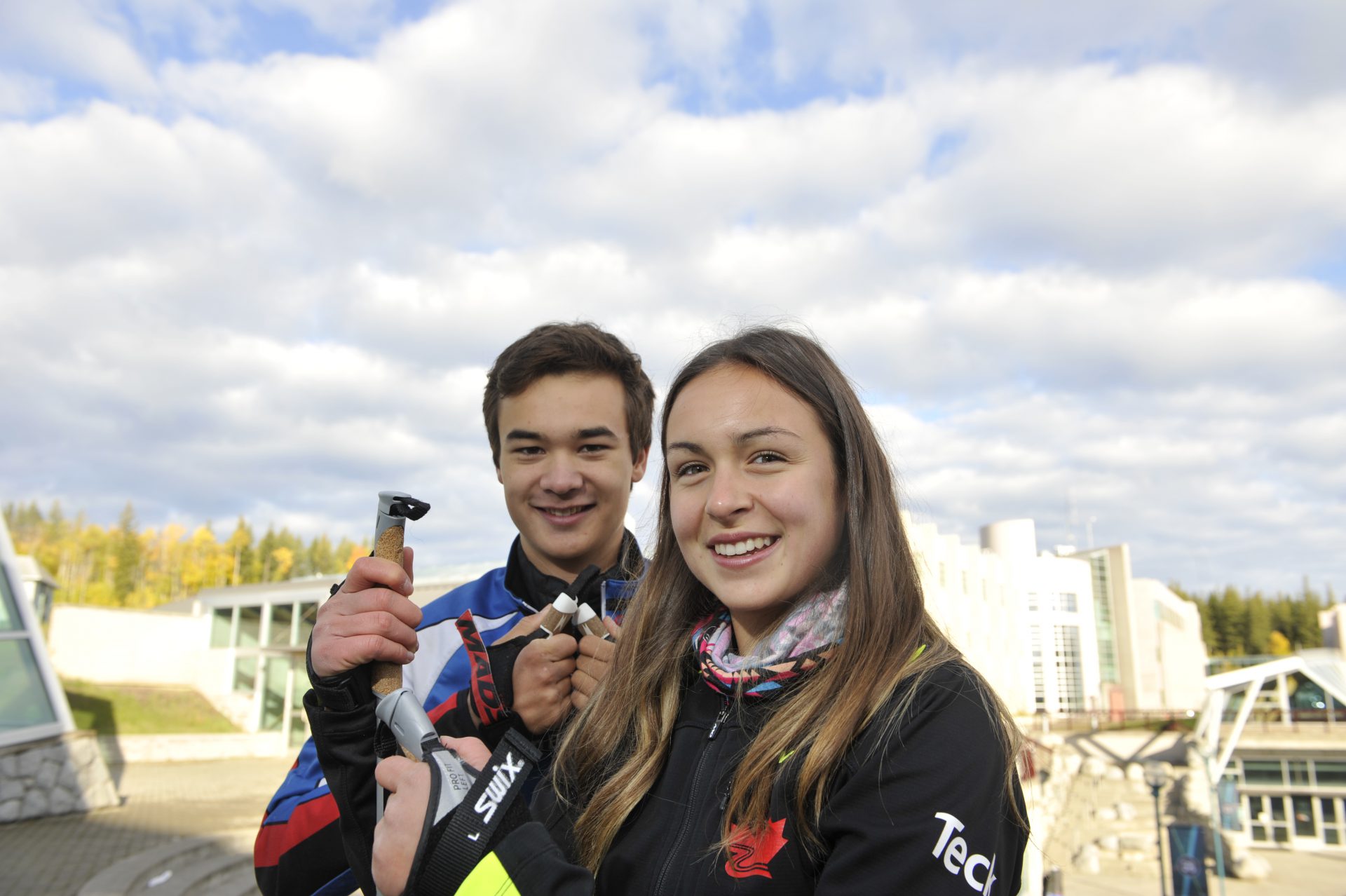 After a fundraising effort that saw big community support, the Caledonia Nordic Ski Club has recognized the first two winners of its new annual scholarship.

“There is no other place in Canada that really has this close proximity of 10-15 minutes of a nordic centre from a post secondary institution. So we thought this is an incredible opportunity we have to really make this explicit through the scholarship.”

He says many high level athletes end up having to choose between higher education and continuing to compete in their sport, which won’t be the case with the inaugural pair of recipients.

Jarod Algra of Abbotsford received the full-tuition scholarship. He represented Team BC at the 2015 Canada Winter Games in biathlon. He is majoring in physics at UNBC.

Erica Kreitz of Prince George received the $1,000 award. She was an alternate for Team BC at the 2015 Games in cross-country skiing and acted as a guide for a para-nordic skier from Ontario. She is studying biochemistry at UNBC.

The full tuition Northern Sport Leadership Award is open to a recipient who has competed on a national level who will continue to peruse cross-country or biathlon while studying. The $1000 award recognizes athletic achievement in the nordic sports.