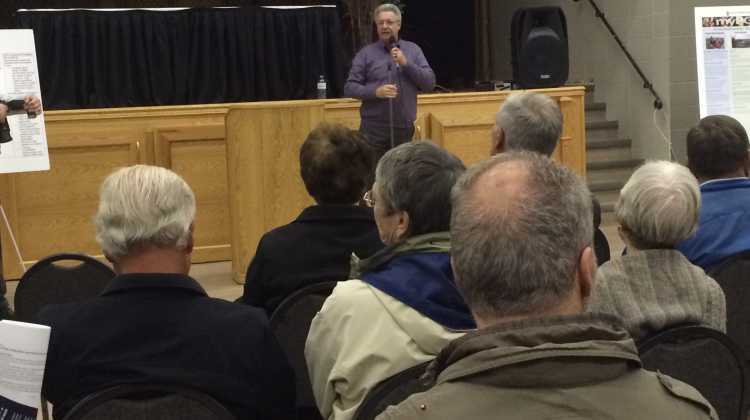 Residents in College Heights had their say at last night’s Talktober meeting.

A major talking point was the state of North College Park.

Residents say after ground testing was conducted in the park in May, a substantial number of trees were removed leaving 5 large clearings.

“We were also told tonight that there are some paths that are covered over by trees that came down while that work was being done” said Mayor Lyn Hall. “We want to make sure we get that cleared.”

“The following week when we had our first heavy rain of the spring, Eton Avenue flooded and it’s been flooding every time we have heavy rain” said Resident George Church. “I’ve lived in that area over twenty years and we’ve never had this happen before.”

Church said no repairs have been made to the park or surrounding area.

Mayor Lyn Hall said the city will be investigating the issue and continue talking with citizens to rectify the problem.