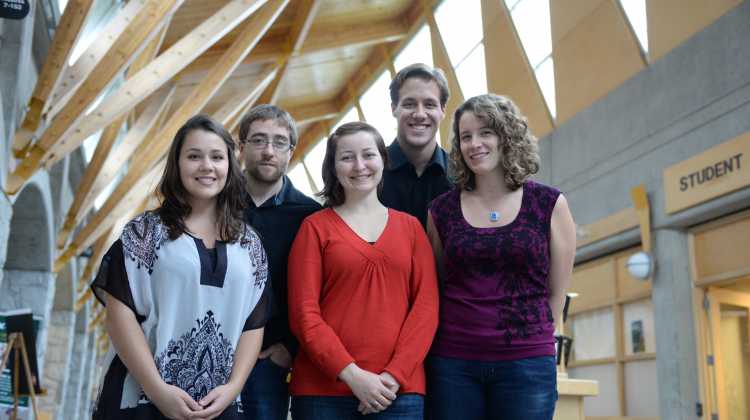 A team of UNBC Environmental Engineering students is being applauded for their success at an international competition.

“It is a large silo that will be filled with waste water and micro organisms that work in an oxygen free environment to break down sewage sludge to produce methane” Vissers explains. “So you end up with a clean renewable energy source.”

He says the Digester also creates less solid waste for the city to deal with.

Kelowna is currently considering the design for future use.

“I think it’s a project they have considered” said Maureen Long. “They’re in the data gathering stage and so for them to have students work on it, it’s kind of a win-win situation.”

The team placed third among ten teams from around North America competing at the exhibition.