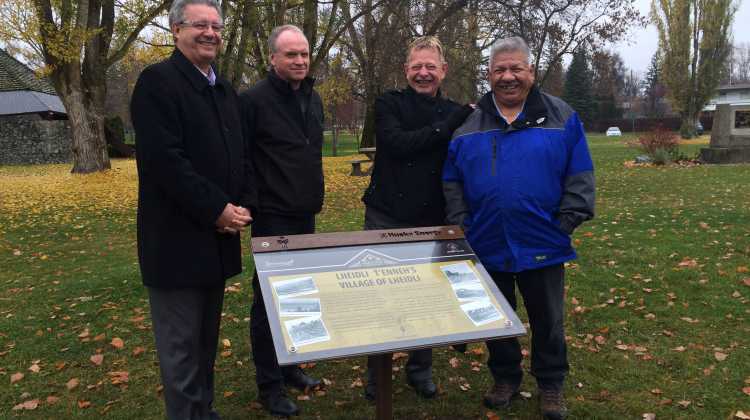 Mayor Lyn Hall and Councillor Murry Krause from the city were on hand, as well as Lheidli Chief Dominic Frederick and Ron Fisher from Husky Energy who provided funding for the project.

The signs will serve to inform park visitors about Lheidli T’enneh heritage and the city’s history with the band, adding historical context to the park.

“It’s so important, not only for me but for our community” said Chief Frederick. “So that the general public understands and learns about the history of Lheidli T’enneh.”

The signs are part of the transition in renaming the park to honour the Lheidli T’enneh, a controversial decision that was made in June.

“I’m hoping with time it will just become an accepted thing that we have this park in our community, some people won’t even remember it’s original name” said Councillor Krause. “I think we’ve also acknowledged that some people will always call it Fort George Park.”

Despite renaming the space four months ago, the big sign at the entrance to the park still reads “Fort George”.

Councillor Krause says the city is working on updating the sign, but don’t want to rush the process.