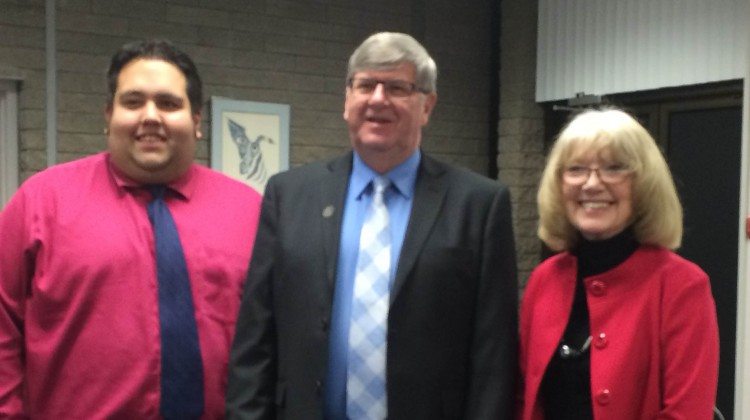 School District 57’s Board of Education held their inaugural meeting for the upcoming year on Tuesday.

Chairman Tony Cable was re-elected for his second term, for lack of any other nominations for the position.

Trustee Tim Bennet was also re-elected as Vice Chair, while Sharel Warrington will return to the BC School Trustees Association as a Provincial Councillor. Bruce Wiebe renewed his role as district representative at the BC Public School Employers’ Association.

“We do have a really good board that is working together and we’ve got a lot of things in progress. So it will be nice to have people in all the different roles that are familiar with those roles” said Cable.

Cable praised his fellow board members for their productivity in his first year as chair.

Trustees were also talking about the board’s Strategic Plan that they hope to roll out in 2016.

“It’s all about our students” said Warrington. “It’s about making sure we’re meeting the needs of every child in our district and putting that in to a strategic plan that addresses those needs. So it’s exciting.”

Warrington has sat on the board for the past decade and is returning for her 11th year. She says the strategy has been years in the making and will lay a framework for the years ahead.