Food for Fare nets 400lbs in donations for the Salvation Army 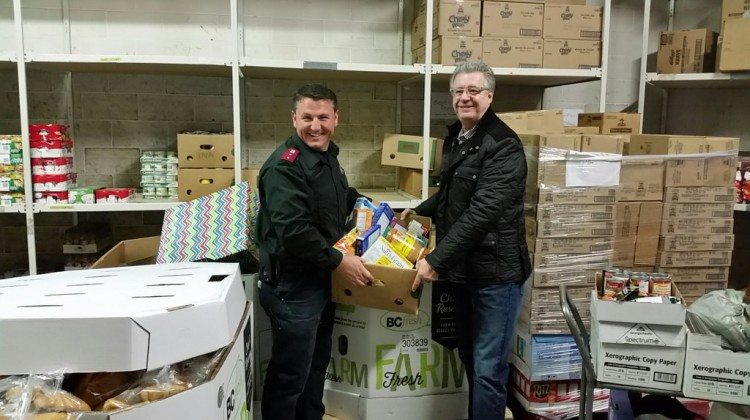 The city is celebrating another fruitful year for Prince George`s Food for Fare program.

Over three days last week, residents could board the bus with a non-perishable food donation instead of paying for the regular bus fare.

“It’s run for a few years and transit gets involved as well as the city and today we delivered everything that was collected” said Mayor Lyn Hall. “It becomes a tradition. Just before Christmas each year this is dropped off to the Salvation Army.”

Mayor Hall was on hand at the Salvation Army on Monday morning to help deliver 400 pounds of non-perishable food donations collected on city buses last week.

“I can’t stress strongly enough how people need to get involved that way” said Hall. “The food bank operates 12 months of the year and they have huge needs. So it’s not just at Christmas that we need to be helping them out.”

Currently, the Salvation Army is serving 1,500 families each month.