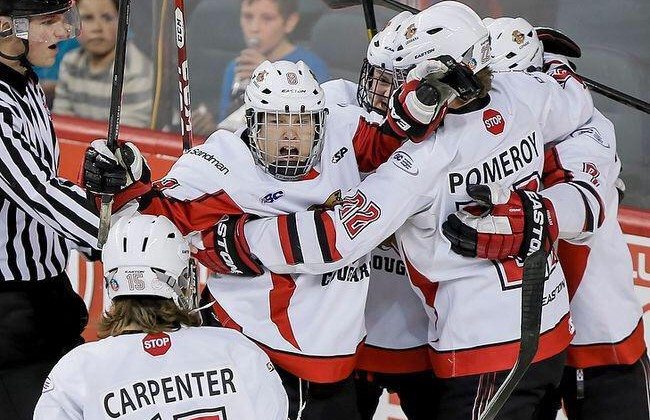 After a stunning double-overtime win on New Year’s Day 2015, the Cariboo Cougars are heading back to Calgary to defend their title at the Mac’s Midget Tournament.

Team Staff are expecting a more balanced effort after players like Austin Gray and Justin Almeida were heavily relied upon last year.

“Our defensive core is a lot better than what we had last year” said Head Coach Trevor Sprague. “It’s probably going to be a whole team effort instead of just a few guys.”

The team goes into the tournament ranked second in the BCMML, boasting two of the top scoring defensemen in the league.

“We never expected that at this point in time in the season” said Sprague. “Our guys are pretty happy with where they’re at going into the Mac’s.”

The Cougars face the powerful Lloydminster Bobcats on December 27th.