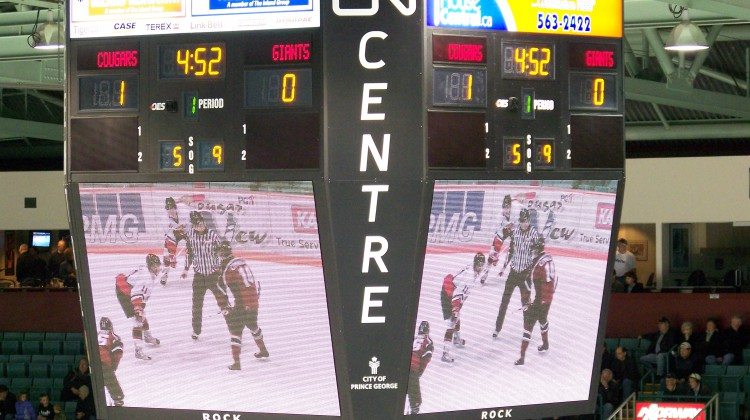 Council approved funding for the CN Centre’s new video displays and cameras. This will replace the current 9-year-old system and cost $390,000.

The display has quite a few issues. Some of the clock’s pixels are failing, resulting in either black or bright blue squares. Both The picture brightness and sharpness are fading, and the outdated technology has caused a loss of video feeds.

City Councilor Jillian Merrick was first concerned the City was subsidizing a for-profit group. However, she had a change of heart.

“I had a chance to talk to the Cougars’ ownership and see the number of cold hard cash that they’re investing in this community and I’m convinced the money that we’re putting in is far, far less than the Cougars ownership is investing into Prince George,” she says.

Merrick says the project may be built in the future.

“If we find grant support for it [and] justification for it from the community but we’re also going through a big parks review process, so we have to be very prudent with our parks investment dollars before we know what the priorities in the community are.”