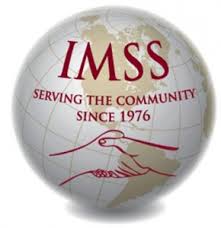 The first group of government sponsored Syrian refugees are due to arrive in Prince George in the next few weeks, says Immigrant and Multicultural Services Society (IMSS) spokesperson Baljit Sethi.

“We are told that we will be getting 10 families – maybe some individuals and some families – probably at the end of this month because they have to send everybody before March 31.”

The federal government is committed to bringing 25,000 Syrian refugees to Canada by the end of March.

Sethi says preparations are already underway to welcome the newcomers.

“Right now we are all so excited. We are making some arrangements [for] where they should be placed. We are trying to have some families in the same apartment building or neighbourhood [so] that they can have their own community and culture around them.”

Local staff and volunteers will be receiving training from the Immigrant Services Society of BC to ensure things run smoothly when the refugees arrive.

“We have served many, many refugees in the past,” Sethi says, “but every time, you know, sometimes the rules or other conditions are different and people, when coming from different areas, they have to have a different kind of orientation.”

Sethi says her agency has already received inquiries from locals about how they can help.

“We have some volunteers that have been already very anxious to help. We will provide [the refugees] with orientation, English classes, whatever they need and then we will be looking for jobs for them.”

IMSS has indicated that they would like to help settle as many as 20 to 30 refugee families in Prince George in the next few months.