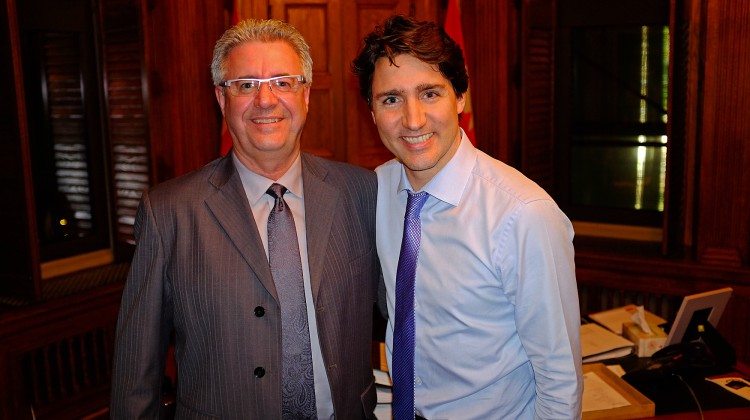 It was a whirlwind two-day trip for Mayor Lyn Hall on his first official visit to Ottawa.

But the highlight of the trip was an impromptu meeting with Prime Minister Justin Trudeau, courtesy of MP Todd Doherty. Hall spent a few minutes with the Prime Minister before Trudeau headed to Washington on his first official state visit to the US.

“We were able to talk to him about our infrastructure needs here in Prince George and we were also able to give him a personal invitation as a follow-up to the letter I sent inviting him to the bioenergy conference.”

The International Bioenergy Conference will take place in Prince George in June.

In addition to the Prime Minister, Hall says he met with various government officials and senior staff to discuss projects and priorities for Prince George.

Hall calls the visit an exceptional success for the city.

“We were able to lay the groundwork on all of these important issues for the city, particularly around infrastructure. We’re going to hear specifics about that when the budget comes out in a couple of weeks. I think the timing for us was very, very good.”

The mayor says the trip was an opportunity to introduce movers and shakers in the nation’s capital to our city.

“I think it’s important that Prince George gets out there and shows ourself to the people on Parliament Hill and to let them know who we are and what this city is all about and how, in fact, we are able to be a real economic driver for this region.”