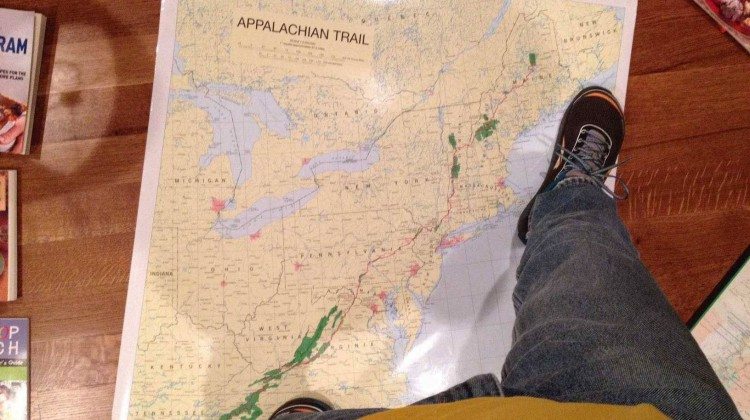 Prince George Resident and UNBC alum Leland McKeeman will be spending his spring hiking the Appalachian trail to raise awareness and funds for mental health services. McKeeman says he and a friend are flying down to Atlanta tomorrow.

McKeeman, who was diagnosed with bipolar disorder at 19, says he struggled to get help in Prince George. His journey will take him across 14 states and over nearly 3500km. Despite the length of the journey, McKeeman plans to travel light.

“I weighed it in, minus the food and water, at around 15 to 20lbs. I’m trying to travel as light as possible.”

McKeeman says he’s already exceeded his funding goal of $10 for every one of the nearly 2200 miles of the trail.

“Coming up here pretty close to $25,000 which has definitely exceeded my expectations.”

The funds will be split between the Prince George Mental Health Association and Jared Parker Memorial Scholarship, which will support research on suicide and depression at UNBC.

McKeeman has been blogging about his preparations and says that, despite being out in the bush, he plans to continue providing updates to his followers.

“It’s not quite as wild and not so much wilderness as northern BC. So I will be crossing roads every now and again and have cell phone service every now and again. I actually should be updating my blog around once a week or once every 2 weeks.”

To make a donation or follow along on the trek, you can visit McKeeman’s blog or his Facebook page, Footsteps for Mental Health.