Houston born Ruth Hamblin ready to take on the WNBA 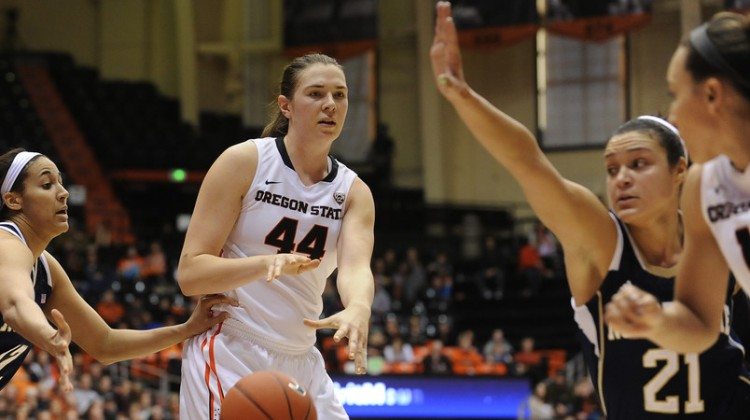 Houston born Ruth Hamblin is looking back on a successful final year with the Oregon State Beavers in the NCAA.

Hamblin led the team to a final four finish, losing only to the championship winning Connecticut University Huskies.

“It was so amazing what we did this year, to make our final four run like we did and really play inspired down the stretch is just huge.” Hamblin said

Overall, she says the past four year in Corvallis have been special.

“It’s just been this unreal experience. There’s obviously been a lot of growth, I’ve been challenged just about every day that I’ve been here but just in the way I responded personally and how this team responded together and had a lot of fun, it’s just been an amazing journey.”

Looking forward to the WNBA Draft on Thursday, Hamblin is ready for a new challenge.

“I’m mostly excited, obviously there’s some nerves going with it, some unfamiliar territory. Just a lot of pressure, you know a lot of performance is demanded all the time but I’m really excited for the next challenge. Excited to see where this leads me.”

Hamblin wanted to thank everyone for the support over the years, including everyone in Houston and the Bulkley Valley.

The 6’6” Hamblin is projected to go 11th overall in the WNBA Draft.