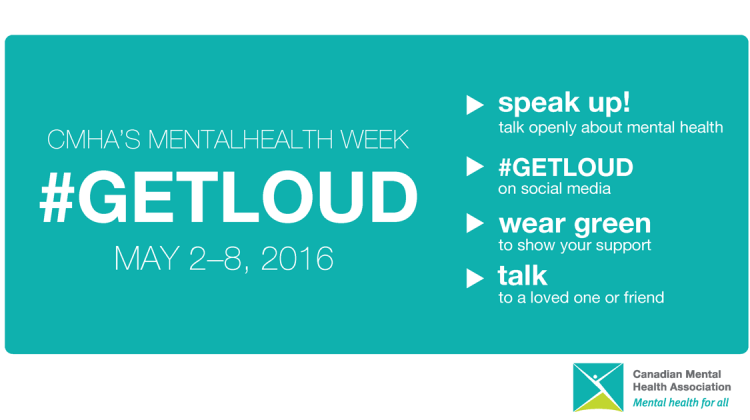 Monday marks the start of Mental Health Week, which runs May 2-8 this year. It’s the 65th anniversary of the Canadian Mental Health Association’s awareness campaign.

“An Ipsos poll just came out – it’s the second time they’ve done a Canada-wide poll on mental health – and awareness and willingness to talk about mental health issues has gone from 31% to 35%. So it’s small but it’s growing,” says Maureen Davis with the CMHA.

Davis knows talking about mental illness can be difficult and there’s a lot of work still to be done.

“We have a lot of words to talk about when we’re feeling physically sick. But if you ask a child about feeling mentally sick, they’ll talk about having a headache. We don’t have that language, we haven’t taught people.”

“Mental illness is very real and the impact it has is throughout our whole body. In the same way that physical illness can impact our mental health and take us down – chronic pain for example. Many people develop mental illness as a result of that. And the reverse is true.”

The CMHA is returning to its #GetLoud campaign this year, encouraging people to speak up about mental health and illness.

“We’re asking people to take a photograph, either individually or as a group, with Get Loud posters and make a commitment, a pledge, of how they are going to increase their ability to talk about mental wellness or mental illness,” says Davis.

One in five Canadians will experience mental illness in their lifetime.

For more information, you can visit the CMHA’s website.