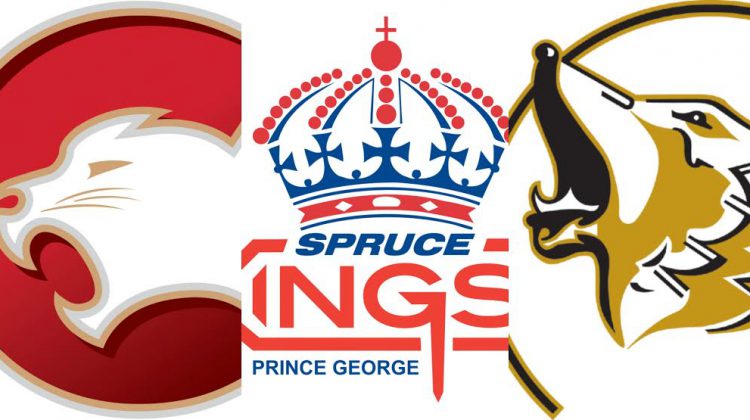 The Prince George Cougars are 1-1 in pre-season play after a 4-2 exhibition loss Saturday afternoon to the Edmonton Oil Kings in Red Deer.

Brogan O’Brien and prospect Cole Moberg tallied for the Cougars who out-shot the Oil Kings 35-30.

The Cats will play their next three pre-season games in Kennwick, Washington starting Wednesday against the Tri-City Americans

The Prince George Spruce Kings scored the only goal in the third period to nip the Grande Prairie Storm 4-3 in an exhibition game Saturday night at the RMCA.

The Spruce Kings went 3-0 in the pre-season with all three wins coming against the AJHL Storm.

The regular season for the Spruce Kings will open on Friday (Sept. 9th) with a home game against the Merritt Centennials.

The UBC Thunderbirds scored twice in each half to skunk the UNBC Timberwolves 4-0 in Canada West soccer Saturday afternoon.

The T-Birds completed the weekend sweep with a 3-1 victory over UNBC on Sunday.

The Timberwolves slip to 0-4 and will play again next weekend at TRU in Kamloops.