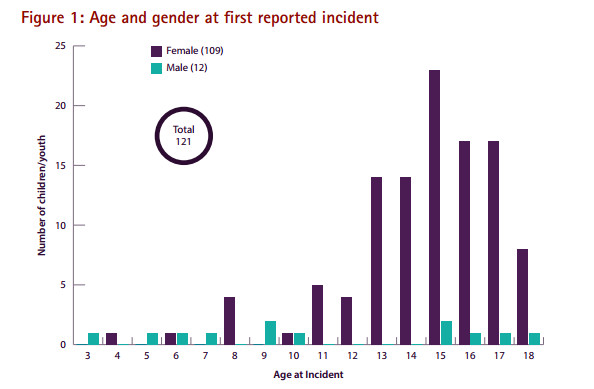 The BC Representative of Children and Youth says an alarming number of girls in government care – mostly aboriginal, are the victims of sexual violence.

In a review of 121 cases, Mary Ellen Turpel-Lafond found that 61% of victims are aboriginal girls, even though they make up just 25% of the children in care.

To make things worse, many are not getting any post incident support. 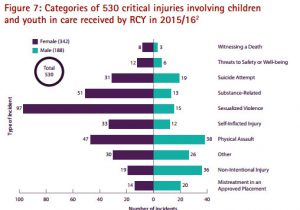 “The inadequacy of that response spans every system; justice system, health care system, child welfare, education and generally as a society. These kids are often being let down, by the people who are entrusted to care for them.”

“They are also victims of abuse by their peers” she noted that one third of incidents are actually perpetrated by other youth in care – a problem that grows as the children move into group home settings.

Turpel-Lafond says the problem is almost certainly much worse than it appears, as the vast majority of sexual assaults go unreported. She expects this snapshot of 121 instances between 2011 and 2014 is just a 10-15% of what is actually occurring.

Sexualized violence is by far the most prevalent form of abuse for children and youth in care (see right).

The Ministry of Children and Family development called the recommendations offered in the report “interesting”, but would not commit to adopting any of them.