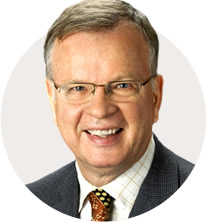 The standstill period on softwood lumber trade between the US and Canada officially expires today and, with the possibility of trade action looming, the NDP says the BC Liberals and Premier Christy Clark haven’t done enough to prepare the province for the possible fall-out.

“50% of the lumber that’s sold in the United States comes from British Columbia,” says Bruce Ralston, the opposition spokesperson for the softwood lumber agreement. “We’re an important part of the American market and it’s important for BC jobs and companies. This issue really needs to be taken more seriously. Despite her rhetoric, we haven’t heard from the premier on this in quite some time.”

Ralston says the the impact to the Canadian lumber industry could be “massive and almost immediate.”

“There’s a power of the US Chamber of Commerce to put duties on softwood lumber. That means that the price entering the States goes up, which may mean that it’s not as competitive in the market in the States so sales may go down.”

Technically, the US could introduce duties as early as tomorrow but Ralston thinks the current political turmoil could work to Canada’s advantage, with no trade repercussions until after the next president is confirmed. That’s as long as trade doesn’t become part of the campaign rhetoric.

Regardless of what happens, Ralston is critical of the provincial government’s handling of the situation. He says they’ve had a year to prepare but there doesn’t seem to be a plan in place if no agreement is inked.

“What is clear is that the negotiations haven’t gone anywhere and it’s not at all clear what the plans are to assist BC families, communities and companies who will be affected by this dispute if duties go on.”

Before the last trade agreement was signed in 2006, it’s estimated that 10,000 BC forestry jobs were lost. According to the NDP, a further 25,000 forestry jobs have disappeared, primarily in manufacturing.