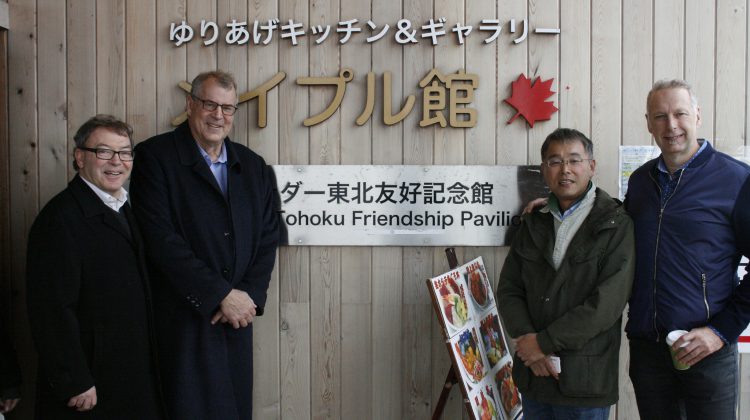 BC’s Forestry Asia Trade Mission has shifted to China after spending a few days in Japan.

The mission, led by Forests Minister Steve Thomson, is a continuation of strengthening and formalizing ties with multiple Asian markets, while pitching the exportation of softwood lumber.

“China is a $1.2 Billion dollar market for us,” said Thomson via a teleconference from Shanghai.

“So it has been a very successful start to the mission and we’re looking forward to the next few days as we continue to build those relationships.”

The use of softwood lumber is a growing interest in BC’s second largest market for exports as a way to construct energy efficient housing. Thomson says this would be a good opportunity for the province.

“China’s growth continues to move forward at 5.6% GDP growth per year with a growing culture of the utilization of wood. That’s why we focus our continued efforts on the market, just to be able to create that different diversification.”

Thomson is joined on the Trade Mission by Susan Yurkovich, the President and CEO of the Council of Forest Industries, who says while BC has a big interest in the Chinese market, we shouldn’t count out our American counterparts.

She says discussions to export softwood lumber can continue, especially since President-Elect Donald Trump has promised to grow the US economy.

“Growing their economy is going to require our wood product. Building and construction is a huge part of that continued recovery of the US economy; there is incentive to work towards an agreement.”