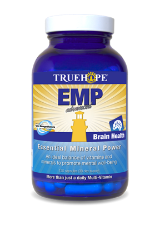 Last year, David Stephan and his wife were convicted in an Alberta court of failing to provide the necessities of life after their 1.5 year old son died of meningitis in 2012.

Although the event has caused a stir on social media, owner David Fuller says Stephan’s personal and professional lives should be separated.

Fuller says Stephan’s appearance is prompted by interest from his patrons.

“We’ve had David in a number of times before – he’s very knowledgeable – and we had requests from our customers to bring David back. Although we had concerns in light of the case last summer that there might be issues, at some point we have to accept the fact that people have made mistakes.”

Stephan’s appearance has attracted a lot of social media attention – not all of it positive but Fuller isn’t fazed.

“Our store has products for people’s body, mind and soul. We want people to get results. This product gets results for people, David Stephan is a representative of that company and we hope that he continues to help people improve their health and offers an alternative to pharmaceutical medication that doesn’t always work.”

Stephan spent 4 months in jail following the conviction. He and his wife have filed an appeal that will be heard on March 9.