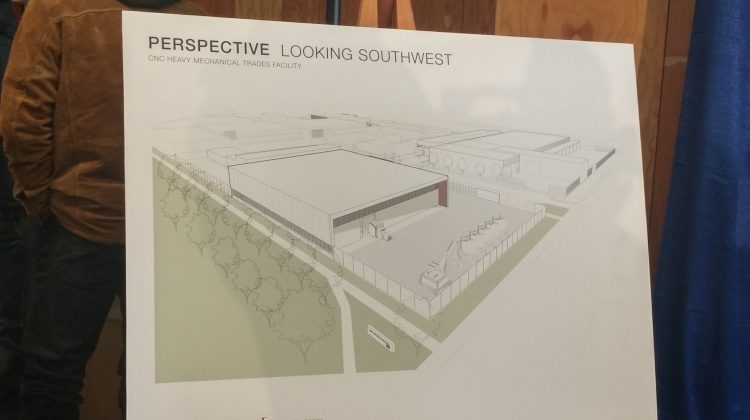 Shovels aren’t in the ground yet, but the new home of the College of New Caledonia (CNC) heavy mechanic program is coming along nicely.

The 57-year-old Mackenzie building in Prince George will be demolished and become the site of the new facility, which Trades and Technology Dean Frank Rossi hopes to have open in about 18 months.

“We made a trip to NAIT and BCIT to take a look at their building to get some ideas. We’re past the design stage and we’re into the fine detail stage as far as what the building is going to be like.”

The provincial and national governments announced a combined building investment of nearly $14 million on December 9th. CNC is paying the other $2.2 million for the structure.

The aging building has become too small to meet enrollment demand and project space. Rossi says both issues will be addressed with the new building.

“It’s very difficult to run a heavy duty mechanics program for instance at night time because if you’re rebuilding a transmission and you have eight transmissions on the bench, you just can’t fold everything up and then take it away and have a new class come in. You just don’t have that continuity,” he says, “we just couldn’t put more programs on to reduce the wait list so obviously, this is a need not only for us but for industry and students.”